Anytime a police officer puts on his several pounds of gear and goes on shift he anticipates danger and challenges to his courage and ingenuity. Dressing in his bullet-proof vest, strapping on a semi-automatic pistol, handcuffs, mace, radio gear, and other tools of his trade, he goes out the door to deal with God-only-knows what.

Some shifts are merely boring; others dangerous and exciting; some even funny.

A call to the New Albany Police Department (NAPD) about 7 p.m. Monday evening, Sept 30, sent an officer to face a hostile situation on Thomas Circle behind the Bumpers drive-in restaurant on West Bankhead Street.

An aggressive, enraged male was threatening a woman who drove up in her motor vehicle, He menaced her with belligerent gestures, glaring eyes, frightening noises, and generally maniacal, confrontational behavior.

The frightened woman used her cell phone to call 9-1-1.

An NAPD officer arrived within a couple of minutes.

He quickly subdued the aggressive male, had the explosive situation under control, and the terrified woman was able to get out of her car.

The rooster was not arrested, was released on his own dubious recognizance and his owner was warned by the patrolman to keep the old bird under control in future.

Deputy Chief Mark Whiteside said the New Albany Fire Department has just been notified it is being used in a scam to solicit money. “We... (Read more)

New Albany police made arrests Jan. 19 that apparently have broken up a theft ring responsible for hundreds of thousands of dollars in items stolen... (Read more)

Police Chief Chris Robertson reports that bond has been set for the two individuals accused of participating in a shooting in front of Wal-Mart Wednesday... (Read more) 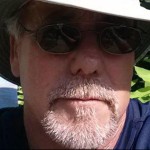 I was under the impression that it was against the law or a city ordinanace to have a rooster in the city limits.